If youâ€™re familiar with the two Fallout role-playing games, Tactics actually takes place in the time period between these two games. As an initiate in the Brotherhood of Steel, your clan is dedicated to restoring the world to its former technological brilliance by any means necessary. You will lead a squad of up to six soldiers through a series of 20 massive missions. Playing as one of several pre-generated characters or creating your own custom persona.

If this character dies, itâ€™s game over. The rest of the squad can be used as cannon fodder if you wish, but that type of thinking wonâ€™t get you very far very fast. Each squad member gains experience as you play, allowing you to increase their abilities in certain areas and choose various “perks” (special attributes). As you delve deeper into the plot and develop your squad, you may want to reload the mission everytime a team member dies. I know I did, which translates into every mission taking anywhere from three to five hours to complete.

You can also try to complete every sub-quest and explore every building — which can consist of multiple floors — on each map. This time investment in the game world accelerates the level-up process for your characters, and exploration facilitates the discovery of better armor and weapons. As with the other Fallout games, weapons range from spears, rocks, and broken bottles to WWI & II small arms and machine guns, to modern energy weapons and explosives. In a post apocalyptic world, nothing goes to waste.

The combat here truly is tactical – there are RPG elements, but youâ€™ll need to be a crack tactician to win. One shot can kill, and you need to utilize all your team membersâ€™ specialties to win. For instance, in one mission you must escort a supply vehicle through several blocks of enemy-infested urban real estate. Enemy ambushes are waiting on nearly every rooftop along the route, as well as behind several roadblocks. You must divide your squad into efficient teams and scout ahead, opening blocked paths and foiling ambushes.

Each squad member can crawl, crouch, walk, run, stand, sneak, or lay prone. When the sneaking skill is applied, a soldier can often creep to within a few feet of an unsuspecting enemy and deliver a twin-barrel blast from a 12-gauge shotgun. Sadly, for all their versatility, your troops canâ€™t jump simple obstacles such as fences, and must walk around. Your troops also canâ€™t roll to evade attacks. They can get horribly wounded, and even crippled, in battle. You can manage the complex combat mechanics in real-time, or switch to turn-based mode.

If managing all of this in the heat of real-time combat — the gameâ€™s default setting — sounds daunting, it can be. However, you do have the option to choose from two modes of turn-based play if you prefer that style, and want to slow the pace down: Individual Turn-Based Mode is most like the original Fallout. All characters move one at a time, based on their Sequence statistics. In Squad Turn-Based Mode, all of a particular playerâ€™s troops move simultaneously. Still, I preferred the more realistic nature of the default real-time mode. Switching to either of the turn-based modes eliminated many of the surprise encounters that made me jump out of my seat more than once in the heat of a real-time conflict. 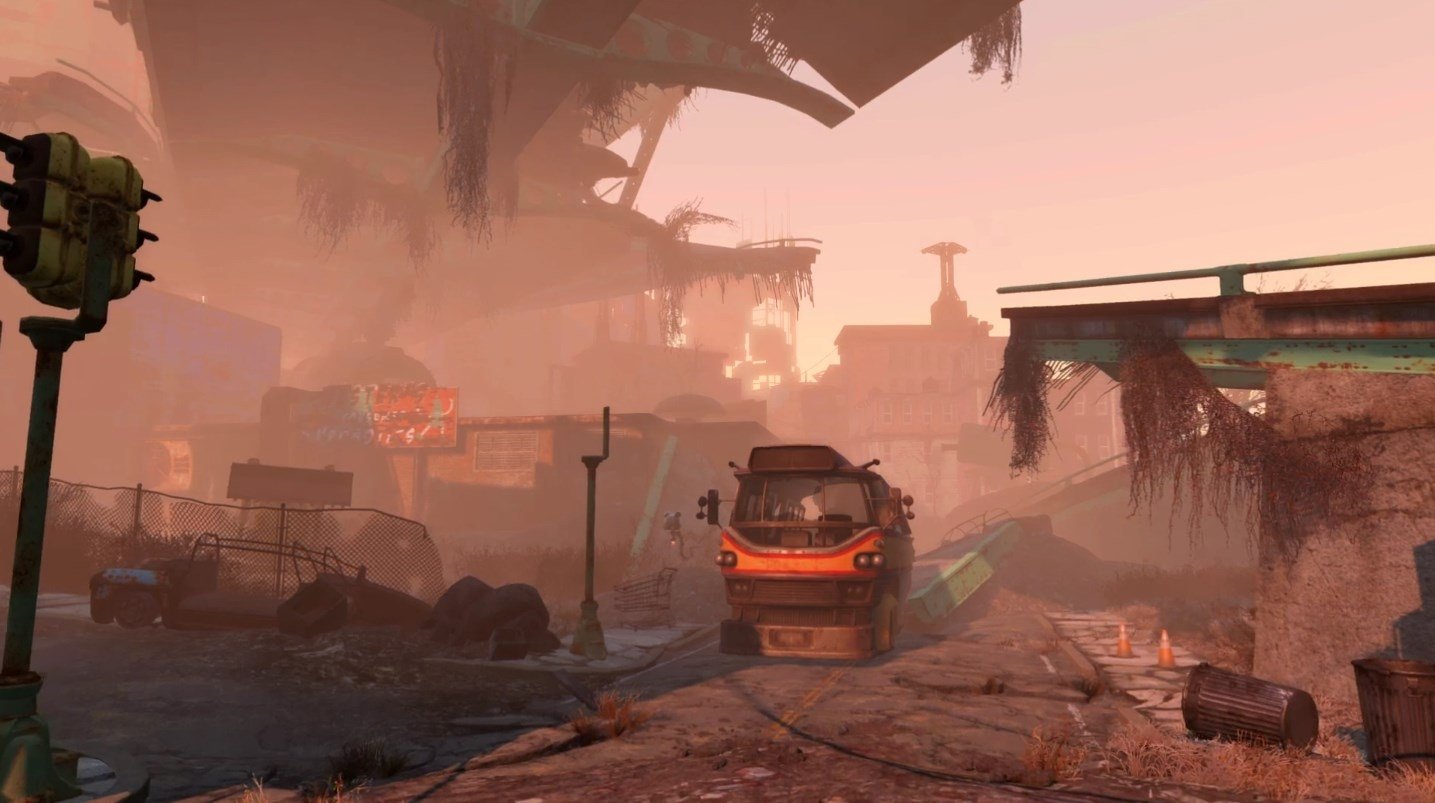 Fallout Tactics isn’t an easy game, even with the included tutorials that will be especially useful for beginners. You’ll die lots, and will find yourself relying too much on trial and error to advance, not to mention a few annoying mission restarts. Besides being somewhat buggy, the game can get tedious as you scavenge for everything in the field to sell back at your base, just to buy gear for your next mission. It’s the sort of fine combing that Fallout players are likely familiarized with however, and fans of the series should find a passable form of distraction with it.

What a thermonuclear disappointment. To someone like me, who loved all three Fallout role-playing games on PC, this is a power fist to the face--an insult. Brotherhood's setting has neither the bleak, epic feel of Fallout's post-apocalyp-tic Wasteland, nor any of its characteristic '50s retro-futurism. Its mutants and ghouls are merely monsters, not the irradiated subcastes of humanity they were in previous games. Worst of all, its gameplay offers nothing but rote combat, nearly devoid of strategy, story, or purpose. What's left is a tedious trek through a vapid version of Mad Max. You'll waste your first three hours wandering and hunting vermin. If you make it through that, you'll graduate to boring fetch quests and more extermination missions. The plot improves eventually, but even so it'll seem dumbed down to Fallout tans, while newcomers unfamiliar with the series' story will dismiss it as derivative and campy. I suspect that, because of financial problems, Interplay had to ship this baby half done. But half-cooked babies just aren't palatable, even in the Wasteland.

Pest control sucks. So what I want to know is who thought 'punch 60 radscorpions to death' would make for memorable mission objectives in a dungeon brawler? Sorry, the old stick-and-carrot ruse of more powerful weapons to kill even stronger rats and roaches isn't sound enough incentive, what with no particular story, style, or substance to support it. When ghouls with ray guns replace the critters, the going admittedly gets a bit better, even if the poor camera and crappy plot don't. 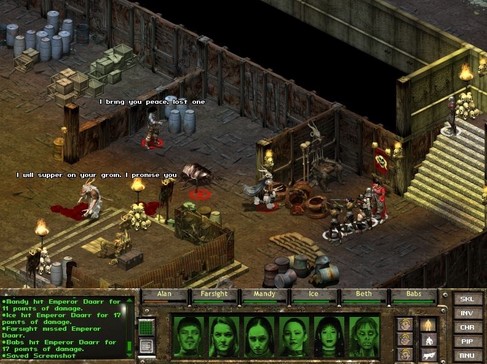 Recently, a rash of virtually identical action-RPGs invaded store shelves, each offering a top-down perspective, hordes of monsters to slay, and constipated-looking characters in the story scenes. Fallout ms supposed to be a break from this monotony--not to mention a sequel to one of the best PC games ever made. So what happened here? This disgrace feels exactly like Interplay's own Baldur's Gate: Dark Alliance II, except with unpolished visuals, soulless storytelling, and methodical hack-n-slash gameplay.